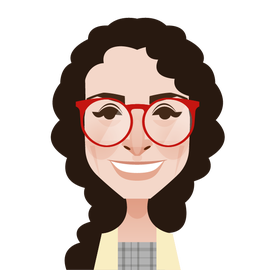 Once, in an undersea kingdom, there lived an odd creature who wished to be human. She disguised her natural form, which was beautiful to some and monstrous to others, and travelled far from home. After years of dwelling on land, the creature became an expert in the ways of people, but her transformation came at a cost: she couldn’t speak. The humans thus remained unable to see themselves as clearly as she did, nor did they learn to see anyone else. As for the heroine, the Disney-fied story rewards her virtue by turning her into a “real” woman. But the traditional tale is harsher. The character is left to float above the ocean, belonging nowhere.

There’s a dark humor to reading “The Little Mermaid” as a passing narrative—that is, as a parable about a Black person who tries to pass as white. The instinct makes sense: passing stories—which include James Weldon Johnson’s “The Autobiography of an Ex-Colored Man” and Nella Larsen’s “Passing”—pose questions about who is human and who is not. In the late nineteenth century, these tales were the melodramatic concoctions of white as well as Black authors, and they tended to punish characters for suppressing their “true” natures. (Hence the “tragic mulatto.”) The dream of opportunity and safety was forgivable, but the deception wasn’t; or the ranking of races was correct, but the self-bettering impulse was presumptuous. Eventually, passing grew into a richer theme, one whose tropes—assumed identities, secret selves—evoked the depths of loneliness and belonging. Philip Roth knew this (“The Human Stain”), as did Danzy Senna (“Caucasia”) and Brit Bennett (“The Vanishing Half”). It is interesting, then, to consider the sort of narrator who might ironically compare herself to the little mermaid. Doing so reframes an old story to parody the passing genre; the analogy also announces, plainly, that the speaker feels like a freak.

Katy Waldman is a staff writer at The New Yorker.More:Book ReviewShort St